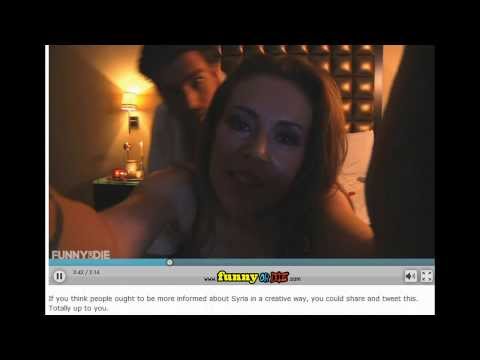 Actress Alyssa Milano has created a fake ‘sex tape’ which serves to propagandize for an attack on Syria.

The PR stunt, designed to “inform” people about the situation in Syria, merely regurgitates the official narrative about Assad being behind last month’s chemical weapons attack which violated Barack Obama’s “red line”.

It makes no mention of the other side of the debate, including the UN’s acknowledgment that the FSA rebels used chemical weapons back in March or last week’s report by Associated Press correspndent Dale Gavlak which contained interviews with rebels who admitted being responsible for the chemical weapons incident in Ghouta.

While the video, which originally featured on FunnyorDie.com, will by no means acheive the same viral success as Kony 2012, it is certainly directed at a similar audience judging by its total lack of nuance or intellectual sophistication.