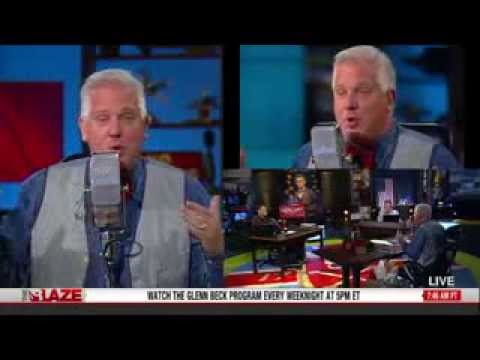 9/17/13 – For the very first time, Glenn Beck called for Barack Obama to be impeached. Why? Because Beck believes that aiding al-Qaeda affiliated rebels in Syria by targeting the government is “the height of insanity” and illegality, and anyone seriously proposing that has to go. Beck made it clear exactly who he wants gone and why. “I personally am calling to impeach the President of the United States. This is impeachable. He is arming known terrorists, and people like John McCain should be impeached as well.”
He asked if arming a sworn enemy of the United States isn’t an impeachable offense, what he hell is? He made it clear this isn’t about politics, saying he wants people like McCain and Lindsay Graham to go too for lining up behind Obama on this.

Beck sighed, “We did not get into bed with Hitler to defeat Japan.”