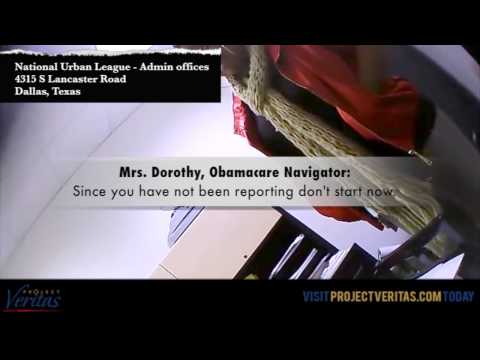 The Obama Administration’s campaign to sign everyone up for government healthcare inspired Project Veritas to go straight to the source and investigate what’s really going on.

What we found is shocking: navigators, in positions of public trust, told our undercover journalists to lie and defraud the government. Over and over again.

Yes, as if the roll-out of Obamacare hasn’t been disastrous enough, Project Veritas has caught Obamacare navigators counseling citizens to lie about their income and deceive the IRS, commit fraud on applications by not reporting full health history, and worse.

Despite reassurances that “fraud could not be committed,” clearly, that is not the case.

“You lie because your premiums will be higher.”

“Never report it … I always lie on my applications.”