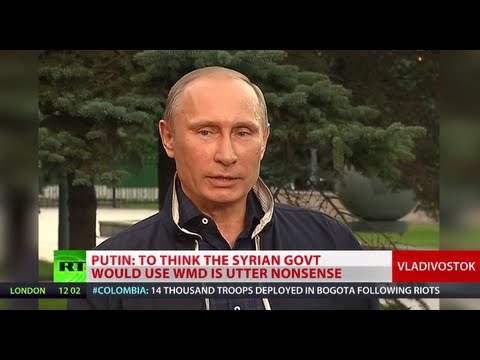 Russian President Vladimir Putin has declared ‘utter nonsense’ the idea that the Syrian government has used chemical weapons on its own people and called on the US to present its supposed evidence to the UN Security Council.

Obama’s Approval Rating Plummets To Its Lowest Point Ever, And Syria Is To Blame

And huge drops in his foreign policy approval combined with poor marks for handling the situation in Syria are to blame.

Obama’s overall approval rating stands at 44%. The only other time it has been that low in the NBC survey came at the end of 2011, after a bruising debt ceiling fight with Congress that ended in a downgrade of the nation’s credit rating.