WashPost goes full retard, claims kale isn’t healthy and there’s no such thing as healthy food at all 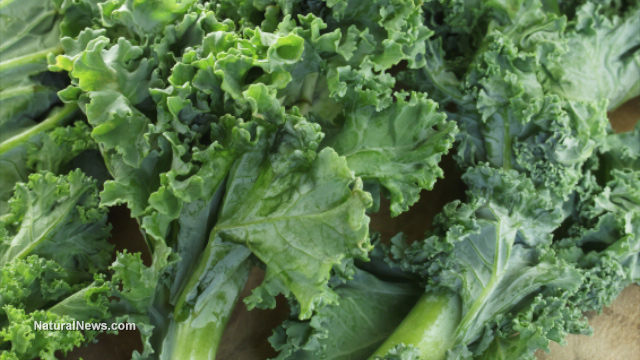 (NaturalNews) On January 17, Michael Ruhlman published an article in The Washington Post, where he attempted to demonstrate the ignorance of American consumers in regard to nutritional matters and healthy eating. The hook for his shabby argument was, as the title suggested, that no food, not even kale, is healthy.

What he meant by this is that food can only be nutritious and only us, human beings, can be healthy. According to him, stating otherwise is a cause for confusion and a means for food production companies to manipulate the masses. Unfortunately, most of Ruhlman’s article and especially his word play on “healthy food” are nothing more than a screaming logical fallacy, quite possibly resulting from the author’s failure to consult an accurate dictionary on the matter.

The issue with kale…

“I submit to you that our beloved kale salads are not ‘healthy.'” This is Ruhlman’s bold statement about one of the healthiest greens we know and love. And yes, we can call it “healthy,” at least according to every dictionary we have ever consulted. According to Merriam-Webster, healthy can also mean “good for your health.” Dictionary.com, which defines healthy as “conducive to good health,” also seems to agree on the matter. The same holds for the Online Cambridge Dictionary, as well as for any other dictionary that defines the term.

In the attempt to strengthen a linguistically feeble argument, the WashPost author commits a logical fallacy. He argues that kale is not healthy because “[i]f all you ate was kale, you would become sick.” This, of course, is a slippery slope fallacy. It assumes that just because we believe kale is healthy and we make it a part of our diets, we will somehow end up eating only kale and become sick. As a result, kale is bad for us. Really?

Hold on! It gets worse…

Just when you think you’ve heard it all, Ruhlman continues by arguing that fat is good and that the American consumers are fools for trying to keep it out of their diets. And he’s not talking about nuts, seeds and olive oil, but about full-fat milk and pork cracklings.

Of course, we ought to know that many unsaturated fats are essential to our healthand support several bodily functions. With recent studies, we’ve even come to discover that saturated fats have a place in our diets. But is it really reasonable to equate a healthy kale salad with pork rinds? Is it a responsible statement that we should replace the first with the latter? On the contrary, Ruhlman’s point is a fallacious sweeping generalization that attacks everything currently deemed healthy and proposes dubious alternatives purely for their shock value.

Especially in an article that focuses so much on the subtle meaning of words, a statement like Ruhlman’s “[F]at isn’t bad; stupid is bad” has absolutely no place. It is because of this appallingly disrespectful attitude, which simply interchanges words like ignorance and stupidity, that we find it difficult to salvage something positive from this WashPost fiasco.

It’s a shame, really, that the WashPost author didn’t stick to his initial point, but attempted to shock through inappropriate language and poor word-play instead. At the end of the day, we are indeed faced with the issue that food labels are becoming increasingly difficult to read. We find ourselves struggling to understand intentionally obscure terms like “mechanically separated meat” or “fat-free half-and-half,” and we sometimes take for granted that a product is “healthy” and “all-natural.”

In a world where a staggering number of food producers see human beings only as potential sales and flashy advertising addicts, we have to personally double-check everything we eat.

That is the healthy thing to do.