By RT
Using a mobile phone for even one hour a day can be so damaging to sperm that men may develop difficulties conceiving, fertility experts have warned.

A study by British scientists has found that exposure to mobile phones close to the testicles, or within a foot or two of the body, can ‘cook’ sperm, dramatically reducing its levels.

Results from the study showed that men who keep their phones in their pocket during the day had reduced sperm levels in 47 percent of cases, as opposed to just 11 percent of the general population.

More than 100 men were analyzed in the study, which found that men not only keep mobile phones close to their groin, but also keep charging phones a few centimeters from their beds.

The study, published in the journal Reproductive BioMedicine, suggests that leaving phones near the bed while sleeping can also pose a threat to sperm counts. 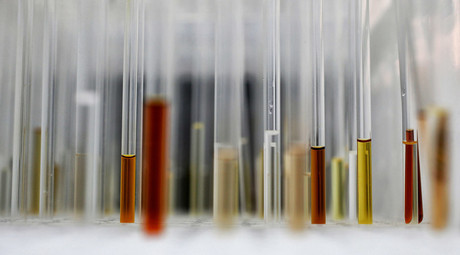 French startup claims it can grow sperm in a tube

Professor Martha Dirnfeld, of the Technion University in Haifa, explained: “We analyzed the amount of active swimming sperm and the quality and found that it had been reduced.

“We think this is being caused by a heating of the sperm from the phone and by electromagnetic activity.”

She added that the results should act as a warning to young men.

“I think this is a warning to men to change their habits to improve their chances of having children. Women generally don’t carry their mobiles on them, so maybe a mobile phone won’t affect their fertility. That’s not something we have looked at.”

The findings lend credence to the theory that dropping fertility rates could be traced back to the use of mobile phones. Across Western countries the quality of sperm is decreasing and experts believe that it could be contributing to ongoing fertility trouble.

Professor Gedis Grudzinskas, a fertility consultant at St George’s Hospital London and Harley Street fertility clinic, said: “Men need to think about their well-being and try to stop being addicted to their phones.

“If you wear a suit to work put the mobile in your chest pocket instead of close to your testes. It will reduce the risk of your sperm count dropping or dropping so much.

“And do you need to keep the phone right next to you on the bedside table? Some men keep their mobile in their shorts or pajamas in bed. Is that really necessary?”