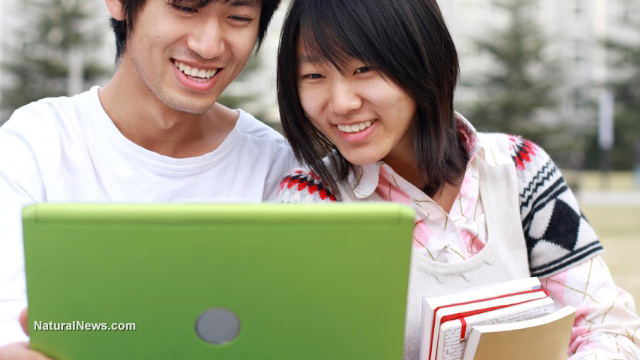 (NaturalNews) America the police state has become a labyrinth of rules, regulations and mandates, the amount of which is impossible to know, let alone comply with. But you know, that ol’ “ignorance of the law is no excuse” excuse wielded by faceless, un-elected bureaucrats wins out every time against the hapless, helpless citizen. In fact, some Americans cynically believe that rules are nearly impossible to comply with, and that they are written that way on purpose so as to justify the size, scope and power of the state.

That’s what seems to be the case in Ohio, whose Republican governor, John Kasich, wants to be the next president of the United States. His state’s department of education is so stringently absurd, that for lack of a piece of paper, it seeks to jail parents who dare to homeschool their kids.

As reported by Off The Grid News, two separate households that homeschool their children are facing jail time and thousands of dollars in fines and fees, for just barely missing state deadlines that they knew nothing about.

The charges are as ridiculous as the filings – “contributing to the delinquency of a minor,” despite the fact that state nannies acknowledged the children were indeed being schooled at home, in parental education programs that officials later acknowledged met the state’s requirements.

The state school system says that the parents did not provide them with proper, timely notification that their kids would not be attending public school [a requirement that only a totalitarian could love]. But in contemptuous fashion, rather than notifying the parents of their delinquent paperwork filing, education officials let the children’s’ absences from public school mount up for nearly a month, so that they could bring criminal charges against them, according to Peter Kamakawiwoole of the Home School Legal Defense Association (HSLDA).

Job justification, you see. Now watch – don’t be surprised if the next step is for the state to step in and remove the children from the homes of these “criminals.”

Most of the time around the country, the lawyer said, “if the family resolves the issue promptly, state officials rarely pursue further action—like criminal prosecution—against the parents. Unless you happen to live in Ohio.”

Kamakawiwoole added that both families were relatively new to homeschooling laws in the Buckeye State.

“One family filed a notice of intent when they began homeschooling last year, but did not know they had to file another notice for this school year,” Kamakawiwoole wrote [and why didn’t the state education nannies tell them they needed to file again?]. “The other family filed their annual notice of intent, but did not submit an educational assessment with their notice because they had not yet completed it, and had been told by their school district that there was no deadline for submitting the assessment.”

So they were given wrong information by school officials, and are now being made to suffer for it.

Kamakawiwoole maintained that the state education officials who are paid by state taxpayers had an obligation to contact the families when absences began to mount.

“As soon as both families realized their errors, they took action to comply with their districts’ demands,” he wrote. “After filing the paperwork, both families received a letter from their superintendent verifying that their homeschool program is in compliance with state law for the 2015-2016 school year.”

However, the school district then brought criminal charges – which will carry a maximum of $1,000 in fines, and six months in the county jail, not to mention what kind of lasting effect such a conviction might have on other constitutional rights (like gun ownership).

However, “each day that a child is ‘truant’ can be considered a separate offense,” Kamakawiwoole said, so that means jail time and fines could mount quickly.

“There is no question that homeschooling families have to meet certain filing requirements in Ohio, and this statute’s primary purpose is to deal with parents who ignore their responsibilities to direct the upbringing and education of their children,” Kamakawiwoole wrote. “But that is not what is happening here. When schools use this statute to prosecute families for what amounts to a simple clerical error, the response is disproportionate and draconian.”