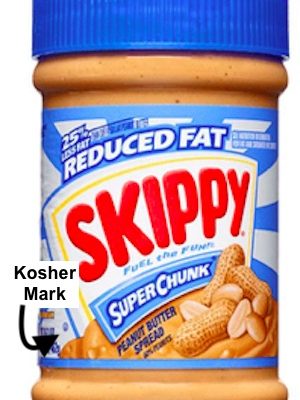 Be careful with that peanut butter. Skippy has announced it is recalling more than 160,000 pounds of its peanut butter spreads as they may contain fragments of metal.

All of the recalled peanut butters have best-before dates in May, 2023, and you can check here for the exact products included in the recall.

Skippy says it initiated the recall of 9,353 cases, or 161,692 total pounds, of peanut butter due to the possibility that a “limited number of jars may contain a small fragment of stainless steel from a piece of manufacturing equipment.”

Skippy says it had no reports of consumer complaints or injuries so far, and no other Skippy Foods products were involved with the voluntary recall.

The company is not currently facing legal action over the recall, but Top Class Actions follows recalls closely as they sometimes end in class action lawsuits.

“Skippy Foods, LLC, out of an abundance of caution and with an emphasis on the quality of its products, is issuing the recall to ensure that consumers are made aware of the issue,” the recall notice says.

Customers can check for the peanut butter code date on top of the lid. All retailers that received the affected product have been properly notified, the company said.

Customers with affected products should return them to their retailer for an exchange, call Skippy Foods Consumer Engagement at 1-866-475-4779 or visit the website at www.peanutbutter.com for instructions and information.

This recall is being conducted with the knowledge of the U.S. Food and Drug Administration, Skippy says.

Last year, Hormel Foods faces a class action lawsuit alleging it ramped up the price of one of its bacon’s offerings, claiming it contained less fat when, in reality, it only had less fat due to a reduced serving size.