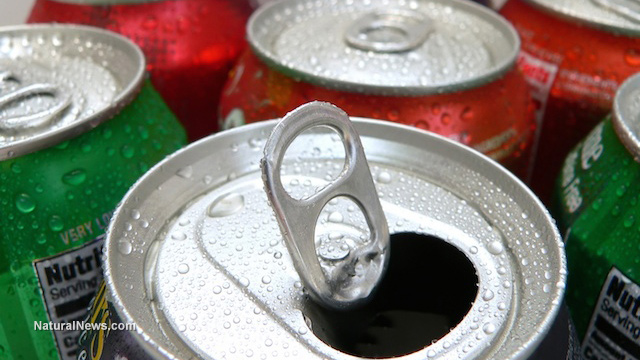 (NaturalNews) In 2010, researchers at Duke and Johns Hopkins Universities, and the University of Colorado, published a study in the Journal of Hepatology, linking high-fructose corn syrup to the progression of liver scarring. Duke Medicine News and Communications issued a press release announcing the findings. The very next day, the corn industry objected.

The headline of the press release was changed from “High fructose corn syrup linked to liver scarring, research suggests” to “Fructose Containing Beverages Linked to Liver Scarring,” and some of the content of the article was changed as well.

But even the revised press release makes it clear the researchers continue to believe that high-fructose corn syrup is dangerous.

The original lead sentence of the press release read, “High fructose corn syrup, which some studies have linked to obesity, may also be harmful to the liver, according to Duke University Medical Center research.”

After the Corn Refiners Association released its own press release lambasting the study as of “low scientific value” and using a method that is “notoriously imprecise,” “full of confounding variables” and “exceedingly difficult to control,” the sentence was rewritten as, “Fructose containing beverages may be harmful to the liver, according to Duke University Medical Center research.”

An opening paragraph was added to the press release, stating, “An earlier version of this press release, and an accompanying video, attributed the results of this study to an effect from a single sweetener – high fructose corn syrup. However, this study evaluated fructose consumption from beverages and the effects noted in the study would be attributable to any fructose-containing sweetener.”

But what did the study actually say? The study was a follow-up on prior research, conducted by the same researcher, that showed that certain people were more likely to develop non-alcoholic fatty liver disease (NAFLD) if they consumed higher levels of fructose-containing beverages. The new study looked at fructose-containing beverage consumption on people who already had NAFLD. In describing this, the researchers hint that they still believe high-fructose corn syrup to be dangerous.

“We found that in our study, increased consumption of fructose containing beverages – of which at least three-quarters contained high fructose corn syrup – was associated with scarring in the liver, or fibrosis, among patients with [NAFLD],” researcher Manal Abdelmalek said.

In spite of cosmetic changes to the press release, the content is still clearly and strongly negative about the ubiquitous sweetener, high-fructose corn syrup, and about processed foods in general.

“Our findings suggest that we may need to go back to healthier diets that are more holistic,” Abdelmalek said. “High fructose corn syrup, which is predominately in soft-drinks and processed foods, may not be as benign as we previously thought.”

Abdelmalek says that her research is designed to identify modifiable risk factors for NAFLD, much like a poor diet has been singled out as a major preventable risk factor for heart disease. She makes it clear that she intends to keep studying the risks of high-fructose corn syrup.

“Non-alcoholic fatty liver disease is present in 30 percent of adults in the United States,” Abdelmalek said. “Although only a minority of patients progress to cirrhosis, such patients are at increased risk for liver failure, liver cancer, and the need for liver transplant. Unfortunately, there is no therapy for non-alcoholic fatty liver disease.”

“I believe there is an increasing amount of data that suggests high fructose corn syrup is fueling the fire of the obesity epidemic, but until now no one has ever suggested that increased fructose consumption contributes to liver disease and/or liver injury,” she continued.

“We need to do formal studies that evaluate the influence of limiting or completely discontinuing caloric sweeteners, like high fructose corn syrup, from one’s diet and see if there are health benefits from doing so.”

Sources for this article include: